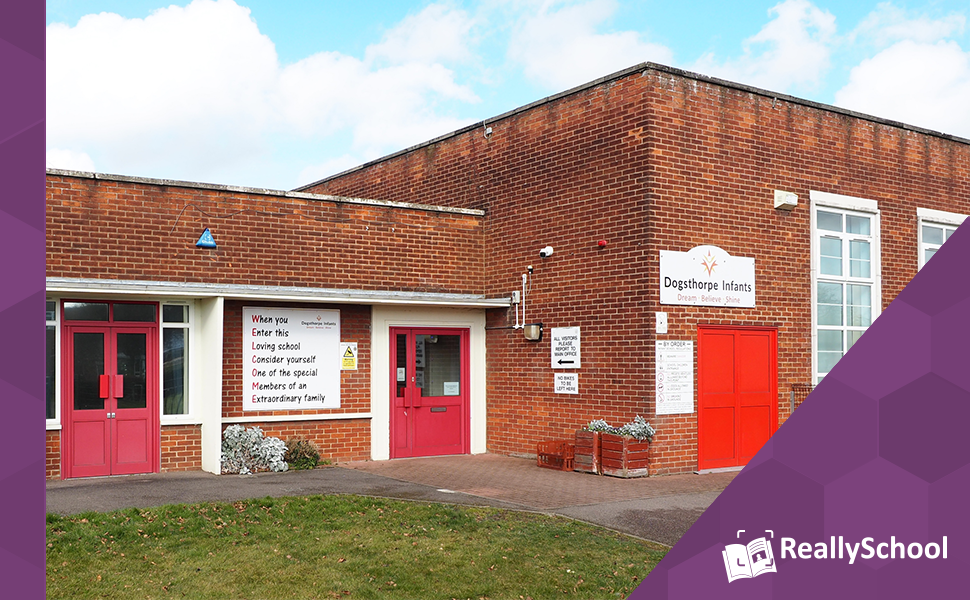 Tell us a little about Dogsthorpe Infant School…

Mrs Waters (Head Teacher): We’re a 10-class infants’ school. We currently have approximately three hundred 4-7 year olds, which is a huge amount of children to monitor, assess and support. We are 50 per cent EAL and about 10-15 per cent SEN. Our area is quite socially deprived and therefore we have a lot of safeguarding and low level child protection/safeguarding concerns. So we are very much looking at nurture groups, breakfast clubs and all those things to ensure the children’s needs are met.

What are some of the challenges you faced, pre-ReallySchool?

Mrs Jordan (Reception Learning and Teaching Manager): We tried a few different systems and none of them really completely worked for us for different reasons – the capacity of observations they’d hold, limits on photos or videos, or being able to assess in different areas and so on. So then we went to paper journals, which was absolutely fine, but it was the time it took to write up the observations and assess in each area that was really difficult.

Mrs Jordan: When we were first trained on how to use it, it was really simple. With some systems, I have to use it over and over again to get it into my head, but I remembered how to use ReallySchool straight away because it was so simple; everything is at the top, on the bar, so you can see where to click and everything. It is very simple to use.

How has it helped your teachers and TAs?

Mrs Waters: We have staff who are less confident in terms of IT, but they’ve picked it up without problems.

Mrs Jordan: There was one TA who was really worried about using it because of her lack of IT skills and she wanted to keep using paper journals; she said she would take them home and type them up at night if need be. But within about a week, she was using ReallySchool!

Have you found any additional benefits?

Mrs Jordan: Because it’s tablet-based, it means you can use it on the go. So anywhere and everywhere that you are, it can be used.

Mrs Waters: In terms of time management, staff shouldn’t be doing lots of work at home (but the truth is, you often do) – and with paper journals, that could represent a data security risk. With ReallySchool, everything is in one place on one device; you’re not carrying around 30 documents, which, under GDPR now, is frowned upon. All of our iPads are passworded, so that versus carrying documents around with children’s photos in is much more secure.

What kind of impact has ReallySchool had on your observations?

Mrs Waters: Using ReallySchool means that we have better quality observations that are linking to more areas; so one observation is doing more than one job, which is important for us in terms of time and also getting the whole picture of the child. It’s about quality, not quantity and ReallySchool has improved that because you can link to so many different things in one observation.

Mrs Jordan: You can see how many observations each child has in each age band, so it helps you to see where they are. Obviously, you have your own teaching knowledge, but to see that there as evidence as well is really helpful – especially for SLT and Ofsted.

And what about assessments?

Mrs Jordan: Being able to assess there and then during an observation is so helpful. Some of the TAs who were less knowledgeable about the Early Years curriculum didn’t know where to assess the children at – they were asking lots of questions previously. But now they can just look at the in-built assessment points straight away and decide.

Mrs Waters: For us, ReallySchool means a better response to assessment in terms of planning and provision. Everything is in one place, which saves so much time. Before, with the written observations, we had assessment cards to refer to, to say which area it was for a particular age band. But now it’s all in one place, it’s so much easier. And time management-wise, it’s really helpful – especially for TAs because we try to not let them take it home to do.

Does ReallySchool offer value for money for your school?

Mrs Waters: Yes, most definitely! It is meeting our needs: doing exactly what it needs to do and saving time, which is the key thing for me, as Head Teacher.